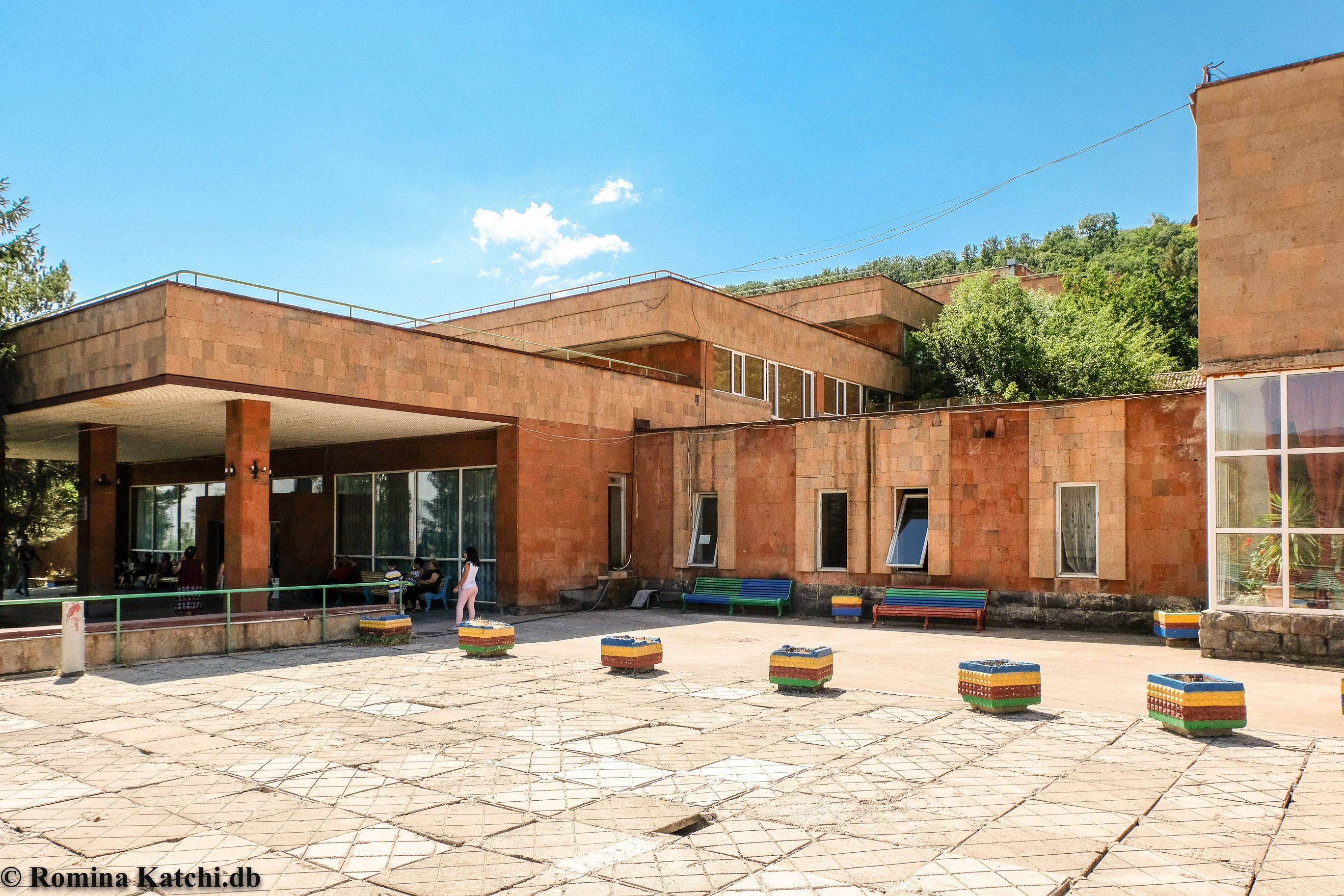 General view of the building from the side of main entrance

‘Nairi’ resort's architecture represents a cross, the central axes of which is built up with six terraced dwelling blocks. The left wing of longitudinal axes represents the meetings hall block and administrative rooms, whereas the right wing is built up with the block of the canteen and the kitchen. There is a round garage with circular ramp on the right side of the road leading to the main entrance of the complex. Few smaller roads spring from the main road leading to the dwelling blocks on higher terraces. On the right side of the main road a sports complex was intended to be built, yet this project was not accomplished.

“The main idea of this building is having possibility to go out directly into the nature from each of the six blocks. It acts as one storey building. It is designed for the landscape, the architecture is derived from the requirements of the landscape”.

“I don’t like the ceiling of the canteen, it’s architecture is not ‘rigid’, it is like a cotton. It was the requirement of Jores Avetisyan, the representative of the client-the Research Institute of Mathematics, and he was at the same time the builder of the complex. He would do everything so well, according my words and wishes, so I thought that I would succumb to this one request”.

“I like the gradient colour of this chestnut tuff, we used this effect in the interiors of the building. Back to those times we paid a lot of attention to this kind of details. For example, I have designed all the ornamentations inserted into the walls. But the idea of having a black wedge-shaped stone in the junction of the arches in the canteen is the idea of the builders. I would go to the construction site and see their initiatives and it would make me happy. But I don’t like the metal covers hiding the heaters. That was the builders’ idea again”. 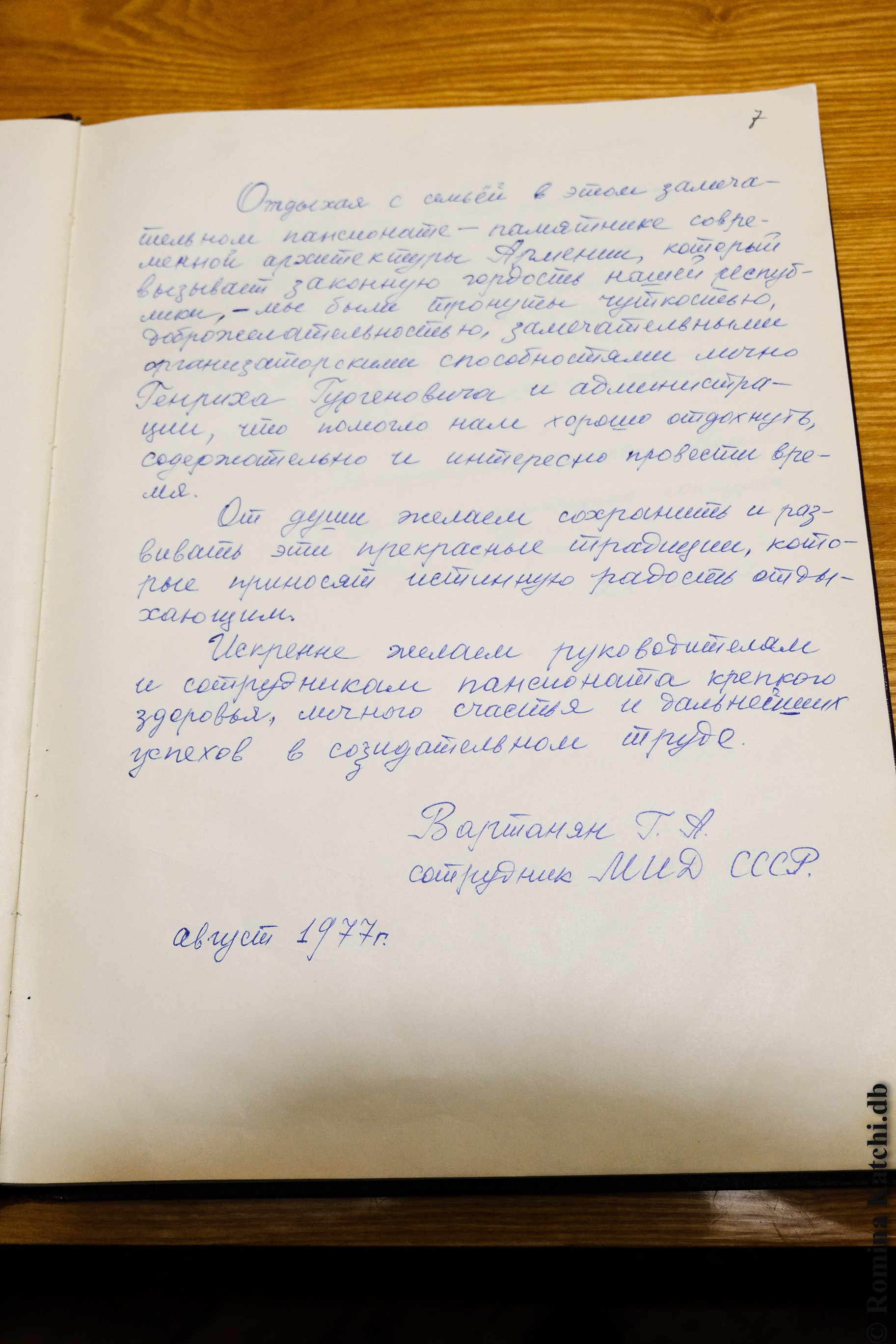 From an inscription in the memory book:

"...This building is a monument of modern architecture"
Vartanyan G. A., Ministry of Foreign Affairs of USSR
August 1977 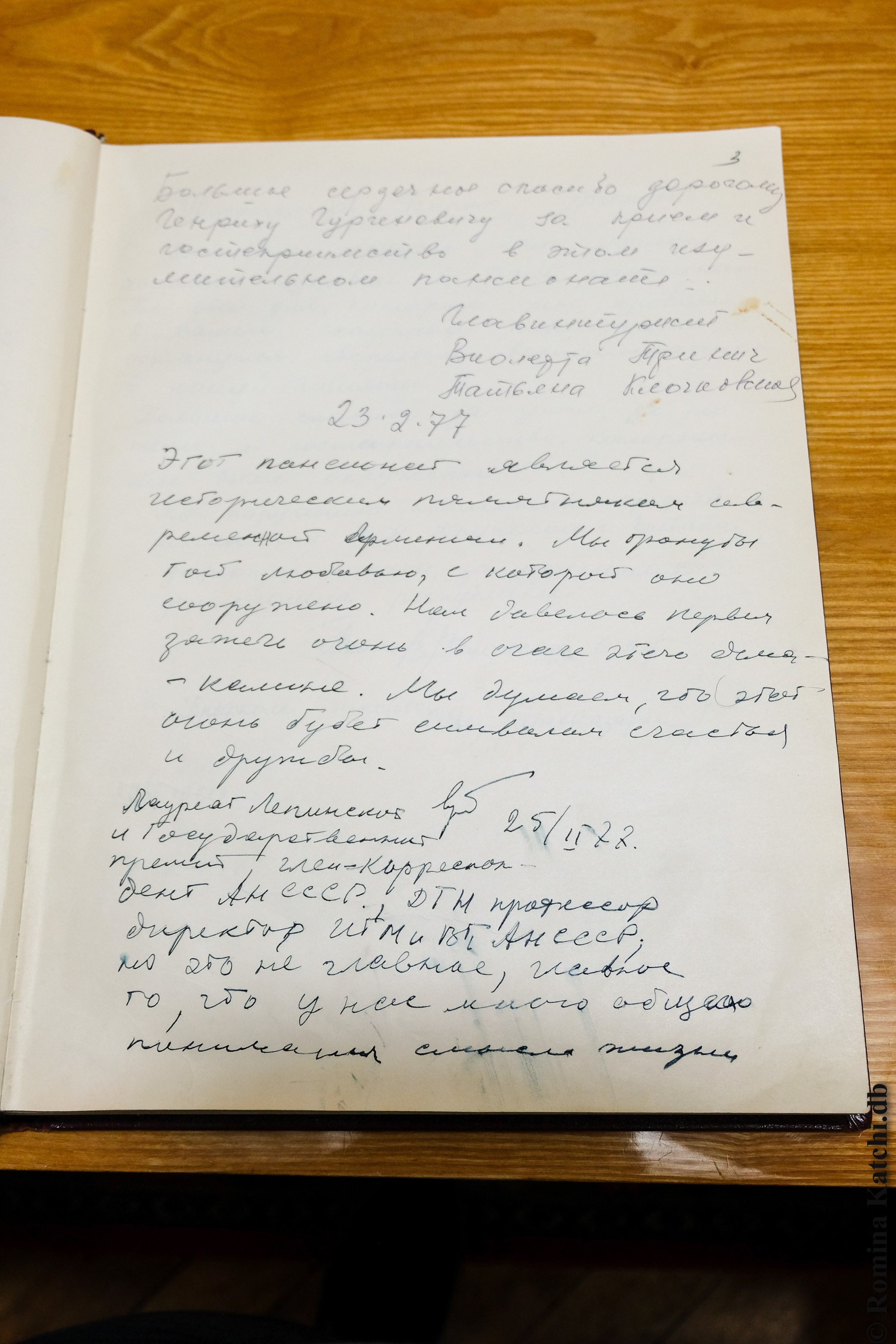 Inscription from the memory book:

"This building is a historical monument of modern architecture"
Signature incomprehensible 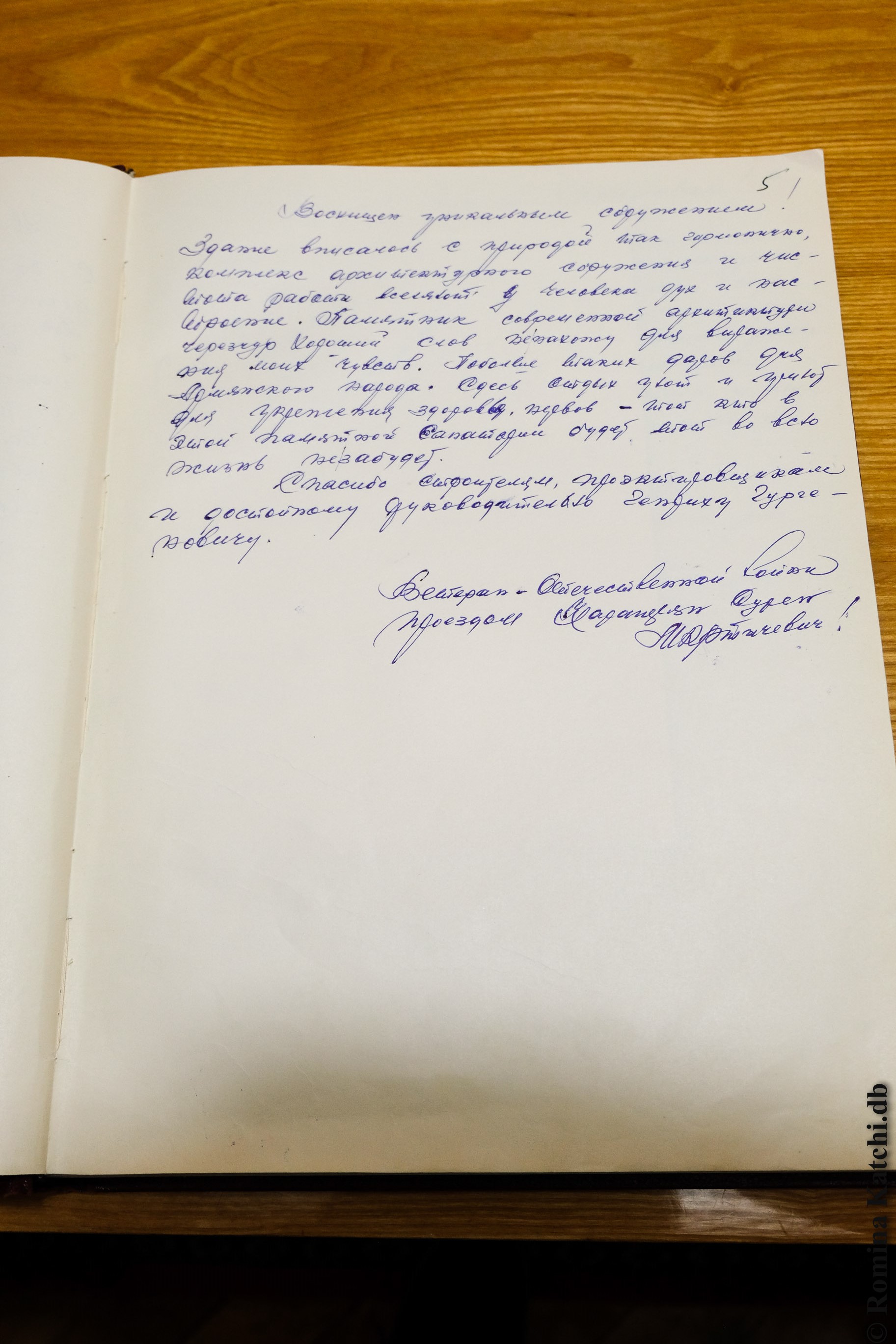 Inscription from the memory book:

"This building merges into the nature harmoniously..."
Veteran of WWII, signature incomprehensible