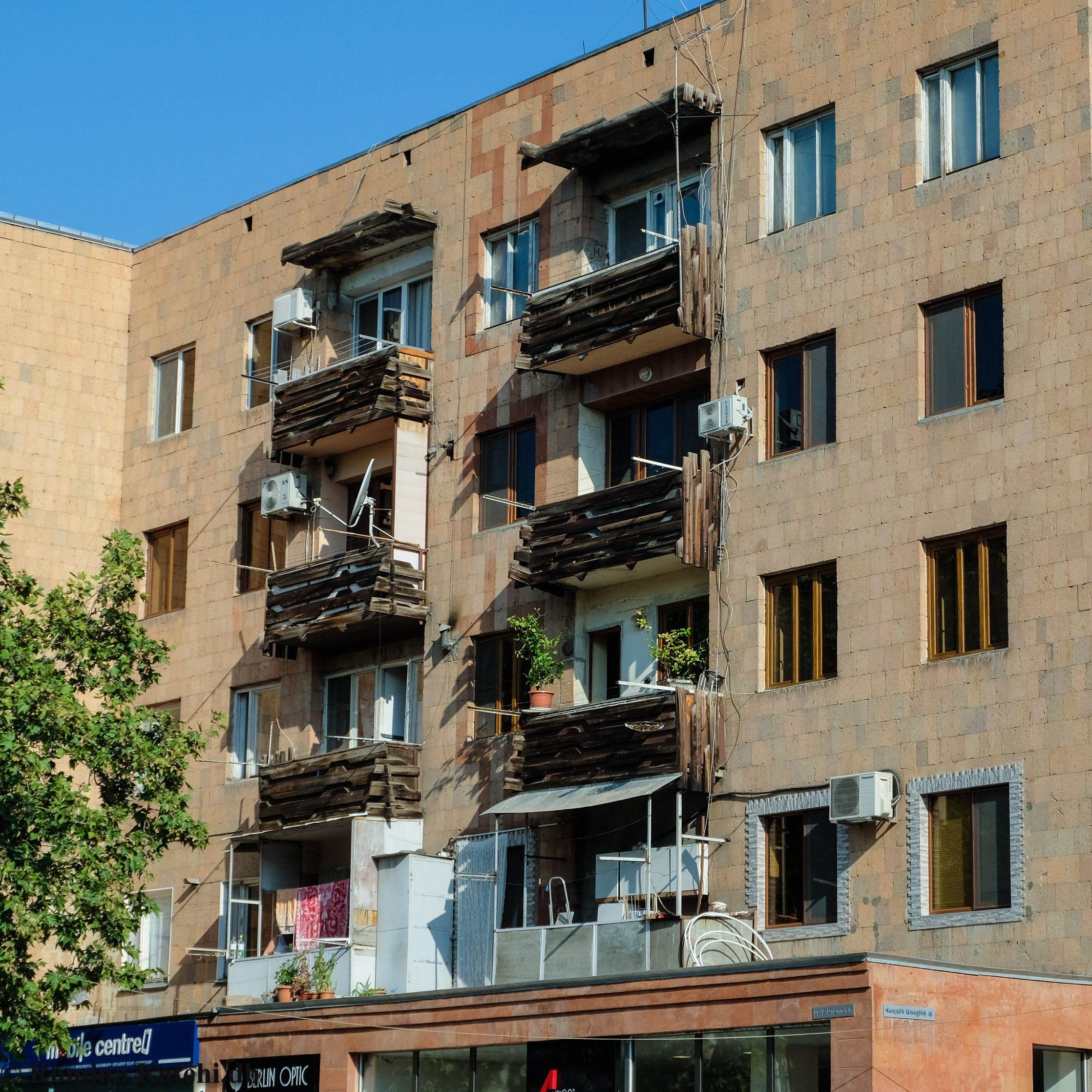 The building facade from the side of the street

In this project the author proposed a new experimental method of organising living space, according to which the narrow corridor is turned into a larger hall and gets united with the living room by means of glass curtain wall. Another major innovation, which nevertheless did not become popular, was uniting the kitchen and the living room thus liberating the latter from the function of a dining room and turning it into a leisure zone. Other peculiarities of this project include balconies with wooden, decorative railings and ‘tatooed’ ornaments incrustated on the façades, both of which are reminiscent of traditional ornamental motifs.

This experimental proposal participated in a pan-Soviet architectural competition.